Every week the Canadian Football League’s communications department sends out a ‘CFL This Week’ press release chockfull of notes, stats and other juicy tidbits. And later in the season – unofficially around the time the frost starts appearing on the pumpkin, as the old expression goes – the missive usually begins to include a ‘Playoff Scenarios’ section, outlining the various combinations of wins and losses for each team.

An example from the latest release: a Montreal win or a loss by B.C. means the Alouettes – the Winnipeg Blue Bombers’ opposition over the next two weeks, beginning Saturday at IG Field – will clinch a playoff spot. Also, a win or tie by the Hamilton Tiger-Cats guarantees them a postseason berth.

As for the West Division, the CFL communique says this:

Now, a couple things about that… First, it’s not wrong at all. Despite what happens in this weekend’s slate of games, no team from the West will guarantee a spot in the Grey Cup derby. Still, it could have also said this about the West Division:

The point here is this: the Bombers are now entering a three-game stretch where the results will mean absolutely nothing to their spot in the West Division. No matter what combination of their wins, losses or ties, the Bombers will be playing host to the Western Final on December 5th. We have a sense you already knew that.

All of that makes doesn’t make this squad, 10-1 and coming off a bye week in which they added two 2019 CFL All-Stars in Sergio Castillo and Winston Rose, any less compelling. And it’s with that rambling intro serving as a backdrop that we offer up this week’s 3 Storylines… 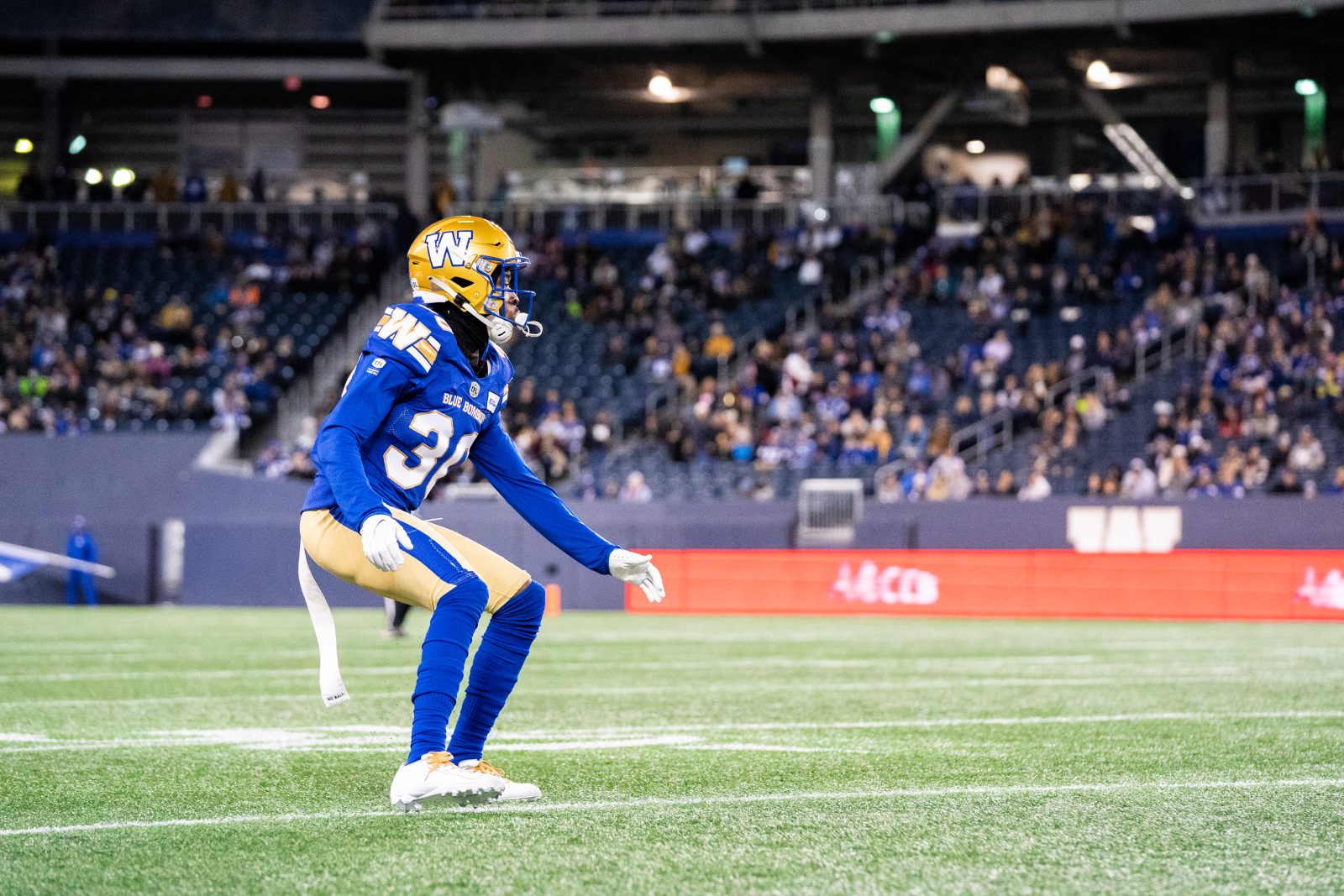 The Bombers didn’t trade for Castillo and sign Rose just to have them play spectators down the stretch, and so it’s hardly a surprise that both will be in the lineup Saturday against the Als.

Castillo replaces Ali Mourtada as the team’s placekicker and is the solution to a season-long concern. Heading into this weekend’s action, the three placekickers before him; Tyler Crapigna, Marc Liegghio and Mourtada, had combined to connect on 57.1 percent of their field goal attempts and 87.9 percent on converts – last and second last, respectively, in the CFL.

Rose has been taking reps at his old boundary cornerback spot all week alongside Deatrick Nichols, with rookie-of-the-year candidate DeAundre Alford flipping to the field corner spot. His addition now means Mike Jones will back up the Dime, halfback and corner spots. Consider this, too: in adding Rose – the CFL’s interception leader in 2019 – the Bombers have bolstered a pass defence that has surrendered just three passing touchdowns this year and is also giving up just 223.5 yards passing per game, both league bests.

2. THE BEAST FROM THE EAST MEETS THE ‘D’ THAT GIVES UP THE LEAST

The Alouettes roll into town with quarterback Trevor Harris scheduled to make his first start for them after being acquired last month, but with a familiar face in the backfield in the bull that is William Stanback.

Now in his third season with the Als, Stanback has a shot at the CFL rushing title – especially with Andrew Harris on the shelf – and currently leads the league with 960 yards rushing and a 6.3-yards per carry average in just nine games. He has five 100-yard rushing games this season.

“Powerful runner. Great vision. Deceptive speed, deceptive strength,” said Bombers defensive coordinator Richie Hall when asked about Stanback earlier this week. “I think of him as an NFL back when you look at him. He’s faster than you think he is and he’s more elusive than you think he is. He’s one of the top, best backs in the league. He catches the ball well, he’s a good blocker and that’s where their offence starts. We have our work cut out for us.

“We always talk about eliminating the run and they’re the team, other than our team, that constantly tries to run the ball throughout the course of the game regardless of what the results are. We know we have to defend the run first, second, third and fourth quarter. Their O-line does a great job and he’s a great back, so we’ve got to be fundamentally sound.” 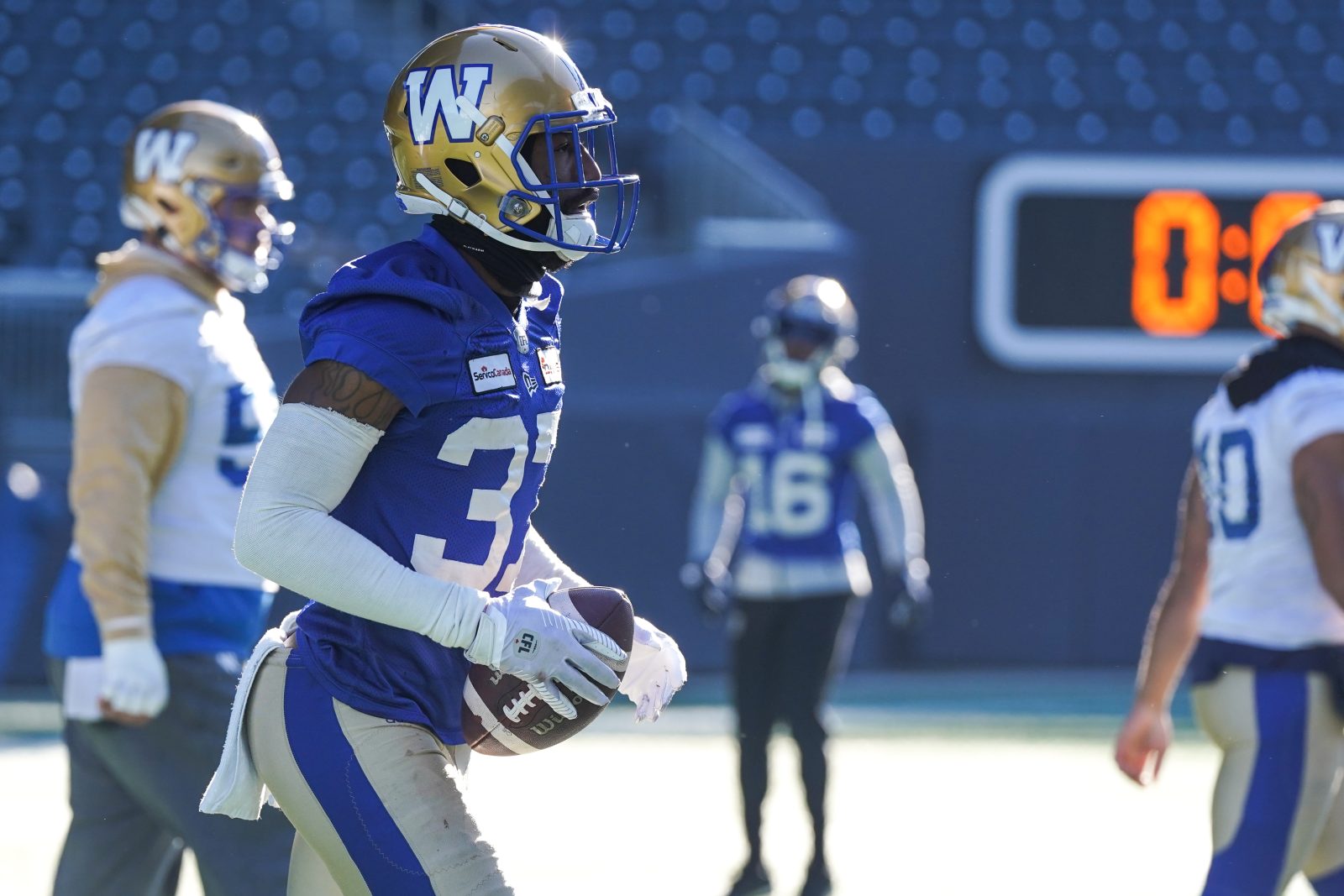 3. REST VS RUST AND THE WHOLE ‘LOAD-MANAGEMENT’ THING

The next game with consequences for the Bombers comes on December 5th– just under a month from Saturday’s meeting with the Alouettes. And how the Bombers manage all this is going to be a storyline crushed into a pulp over the next 30 days.

With Andrew Harris and right tackle Jermarcus Hardrick injured and not having practised all week it’s hardly a shock to see them kept off the depth chart. Those are the obvious decisions. What will be just as fascinating is the workload of those that do dress down the stretch, especially at quarterback, but also knowing that there are salary cap restrictions that would prevent a team from simply activating every player on its practice roster.

There’s also this – the Bombers, to a man, don’t want ease up a lick on the good thing they’ve got going through 11 games and a 10-1 record.

“There’s obviously guys who went back home (during the bye week), but there’s a lot of guys who stayed up here,” said slotback Nic Demski. “The whole time everybody just wants to be here, everybody couldn’t wait to get back. The team camaraderie here is at an all-time high. We were just excited to get back together and go out there and trying to keep going 1-0 each week.”

Asked about possible concerns ‘losing an edge’ over the next few weeks, Demski grinned and added: