It’s been an interesting week in Bomberland, what with the Winnipeg Blue Bombers bolstering an already stellar lineup by adding two all-stars in the kind of moves that likely had rival Canadian Football League coaches spitting out a string of expletives.

Yes, file the two moves – as many have suggested – under ‘the rich get richer.’ First the club addressed an area of concern by trading a conditional fourth-round draft pick to the B.C. Lions for kicker Sergio Castillo, who connected on 91.1 percent of his field goal attempts in ’19 before heading south to the NFL. A day later the team added defensive back Winston Rose, who was a key cog in the ’19 Grey Cup championship squad after leading the CFL in interceptions with seven.

The moves served to send two messages to the men already in the locker room: First, it’s an obvious sign management is pushing its chips to the centre of the table to take a shot at repeating.

“It says partly that we show a great commitment to try and get better and playing winning football,” said Bombers head coach Mike O’Shea this week. “When you realize that you’ve got a good football team you want to do what you can to ensure you keep playing good football.” 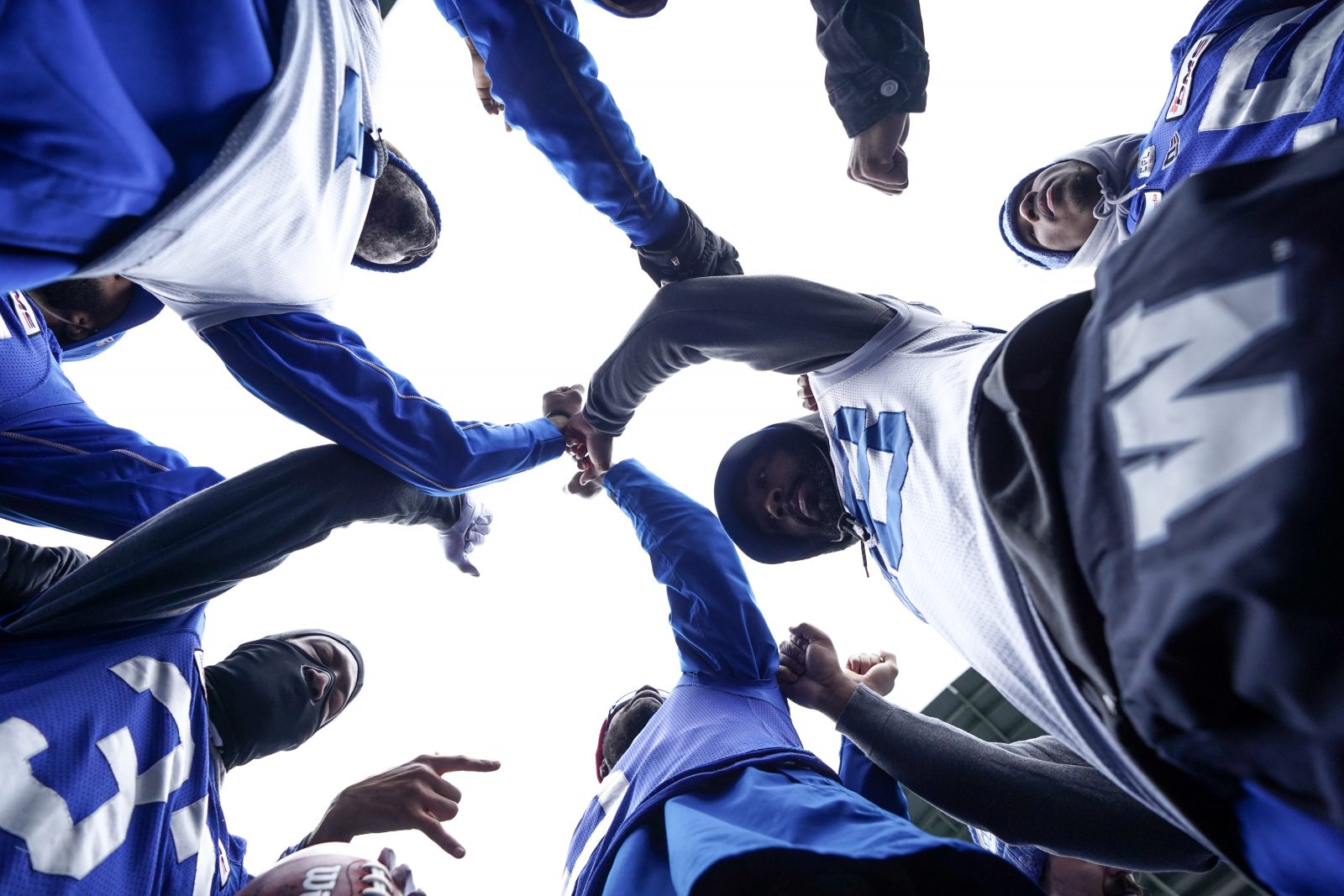 Added long snapper Mike Benson: “You always need tools in the toolbox to pull out any time. You can’t just go in with one screwdriver and expect to renovate an entire house.”

Not that the Bombers house needed any renovating at 9-1, but Benson’s analogy works, so let’s roll with it. The other message is no less important: don’t get too comfy, lads, because an already deep roster just got deeper.

“Honestly, in my head that just tells me – and excuse my language – you got to get on your s—t,” said cornerback Mike Jones. “So, make sure you bring everything that you’ve got to bring to this facility, to the practice and meeting room and don’t leave anything in the locker room. Make sure you bring it all there.”

The Bombers are on the cusp of accomplishing something this franchise hasn’t done in a decade – finish first in their division. There are a few variations in play this week, but the simple math is this: win on Saturday and the Bombers will finish first for the first time since 2011 and just the third time since 2001. Worth noting: the first place finishes in ’11 and ’01 came with the Bombers as members of the East Division. Finishing in top spot this year would mark the first time the club has done that in the West since 1972.

Here are the variations, courtesy the CFL: 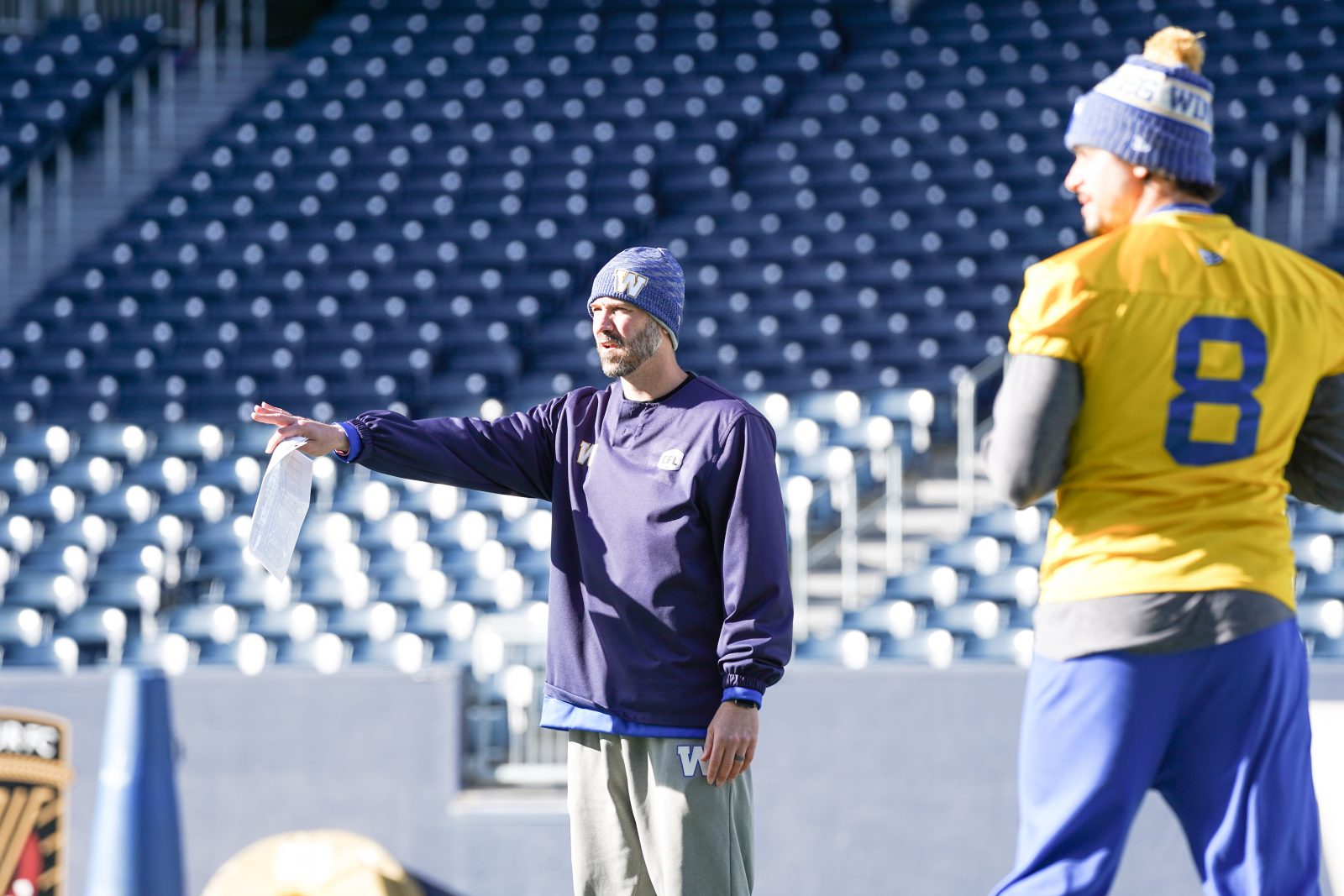 The Bombers have the CFL’s leading passer in Zach Collaros – who is 13-1 as a starter in Winnipeg and also leads the land in TD passes – the leading receiver in Kenny Lawler, and the leading touchdown man in Sean McGuire. And yet there was Collaros fielding questions about under thrown passes and interceptions in the end zone this week and offensive coordinator Buck Pierce being quizzed about what the offence could do better. Not that Pierce shied away from the questions.

“Consistency. We need more consistency,” he said. “That’s been our goal the whole year, continuing to evolve and learn from our mistakes. We’ve got to take care of the ball better, too. We need to have a heightened focus and awareness of our ball security moving forward, whether that’s decision making or how we’re carrying the football.

“Big picture-wise we have to understand how we’re going to win football games is taking care of the football. It doesn’t matter what zone you’re in, self-inflicted turnovers, penalties or anything like that that’s going to put your team not in the situation you want to be in, we have to learn from those and we’re addressing those and we’re learning from them. We’re still going to be who we are and still be aggressive. That’s our nature.”

We’ll add this: the last time the Bombers and Lions met – just three weeks ago – Collaros threw for 417 yards, his best game as a Bomber, while Lawler finished with 12 catches for 205 yards. So, yeah, an aggressive nature on offence – it says here – beats the hell out of a conservative approach. 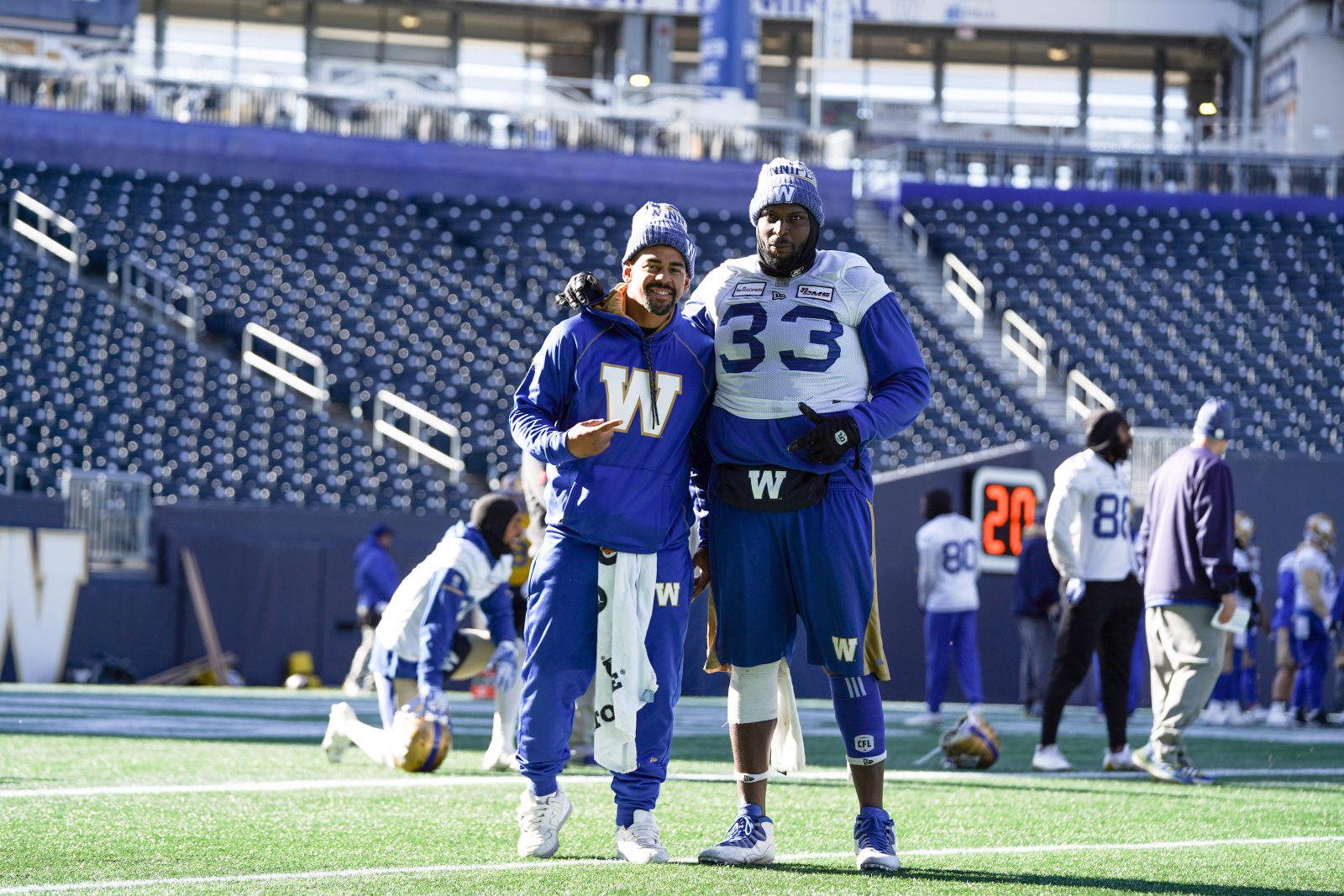 3. DON’T SLEEP ON REILLY AND THE LIONS

It was just three weeks ago that the Bombers didn’t just tiptoe into the Lions den, but confidently sashayed into the joint in what was billed as a battle between two West Division contenders.

By game’s end – a 30-9 Winnipeg victory – the visitors had left little doubt they belonged atop the West Division, while rolling up over 500 yards offence and limiting the Lions’ potent offence to just three field goals while sacking quarterback Michael Reilly six times.

There are some trends in play here, too, that suggest that night wasn’t just an anomaly. The Bombers have won three straight against the Lions dating back to 2019 and have limited Reilly to just 177 yards passing in each of the last two games. Reilly is still 9-7 in career starts against Winnipeg with a remarkable nine games of 300 yards passing or more, yet in the last six meetings he has thrown just three touchdowns against six interceptions.

Here’s where things can get dangerous for the Bombers: Reilly is as fierce a competitor as there is in the CFL and the respect for him is obvious whenever his name comes across the lips of anyone in the Bombers locker room. So, tread carefully here, fellas.

“That’s a vet that knows this game, that knows his position, that knows how to put the ball in certain spots,” said Bombers cornerback Mike Jones. “You can never think it’s just going to be peaches and cream. You’ve got to come ready to bring that ‘A’ game because this is a vet who know what he’s doing.”

“Any time he’s got the football in his hands he’s going to give his team a chance,” added Adam Bighill. “Michael’s a winner. He’s a competitor and you always have to respect that. I know he’s going to give us his best. He’s a great player. He does it all. He’s one of the elite quarterbacks in this league. I have a good history with him, we’re good friends and I love seeing him play. I have a lot of respect for him.”