HAMILTON, Ont. – The finish line is within sight, with both the Winnipeg Blue Bombers and Hamilton Tiger-Cats stretching, leaning, fighting to be the first to break through the tape.

Yet, the 108th Grey Cup game at Tim Hortons Field on Sunday clearly is about more than that in the big picture, what with the Canadian Football League wobbling in 2020 due to the pandemic before finding its legs again. The 2021 season was condensed after being impacted by COVID. There has already been a coaching change, while the B.C. Lions welcomed aboard a new owner. Scoring is down, attendance was severely impacted, and the game and the league has been kicked around significantly.

So, when the Blue Bombers and Ticats meet for the second straight time on championship Sunday it should also be a time to celebrate this league’s resiliency and the unique road these two teams took to get here with no preseason, strict protocols in place and some massive pay cuts across the board.

“Around this time last year I wasn’t playing football. I was figuring things out with what I was going to do with my life. So, for me it’s personal. It should be personal to everybody. It should be personal to the reporters, to anybody that’s involved with this… it’s a privilege to be here for all of us. This great game that brings so many people together, this is what it’s all about. Playing championship football. All eyes on us. Giving the CFL some love and really just enjoying our time here because we all deserve to be here.

“This is big for the CFL, just to have the Grey Cup back and to enjoy this feeling and just love the game a little bit more.”

Well said, Mr. Bailey. With that serving as a backdrop, here are the 3 Storylines for the 108th Grey Cup… 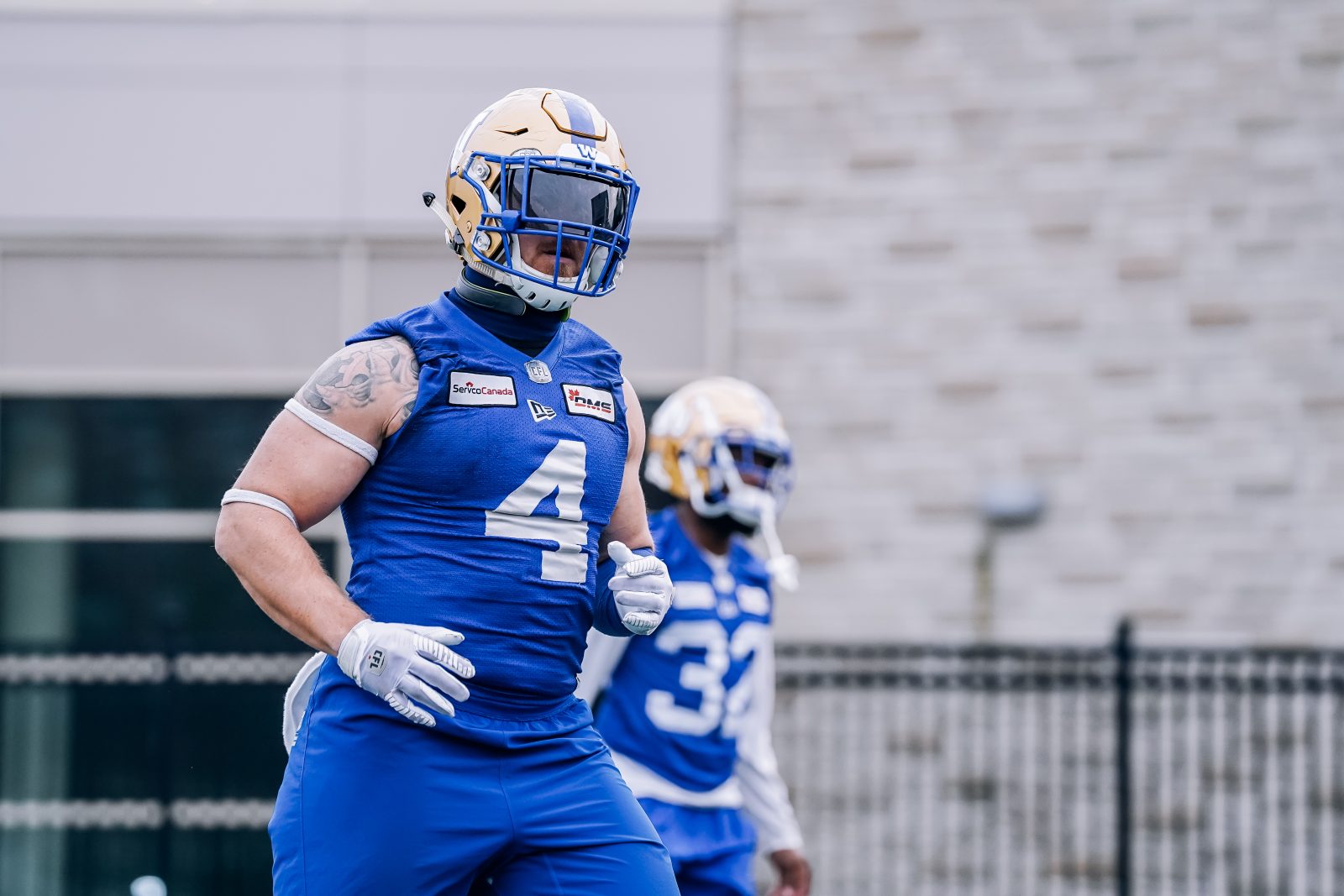 A team is under the microscope during Grey Cup week where its every move is magnified. A team with a control-freak head coach can be wound tight. Or a squad loaded with fresh faces who are new to the whole experience can be overwhelmed by the change in their routine. The Bombers? Yeah, well, they are and have been none of that this week.

If there was one word to describe this team from the moment it touched down in Hamilton it would be this: focused.

There’s a danger in reading too much into that, of course, because you could have said the same thing last week in the days before the Western Final… only to see the Bombers turn the ball over six times in their win. But now, back on the road again, this team has been relaxed and looks ready.

“We had that first week bye, waiting to play Calgary or Sask… it was just a lot of time to wait,” said receiver Drew Wolitarsky. “Even those last three games (of the regular season, which didn’t impact the standings) and trying to keep guys healthy… it was tough to stay in that competitive zone. So, when we hit Sask it was the first really competitive game we had played in a while. It took us a moment to snap back into that. We definitely needed that game.

“Just getting on the road, you’re with your friends all day, you’re with your teammates watching film – I think it’s just great for focus. We’re all in this one place. There are no distractions. I love the feeling, personally of just being around the team.

“I feel like we’re the Navy Seals getting ready for a mission. We have one objective and that’s all we’re thinking about right now. No distractions. Even my family, they’re not calling me. They know what’s up. It’s time to gear down and get ready.” 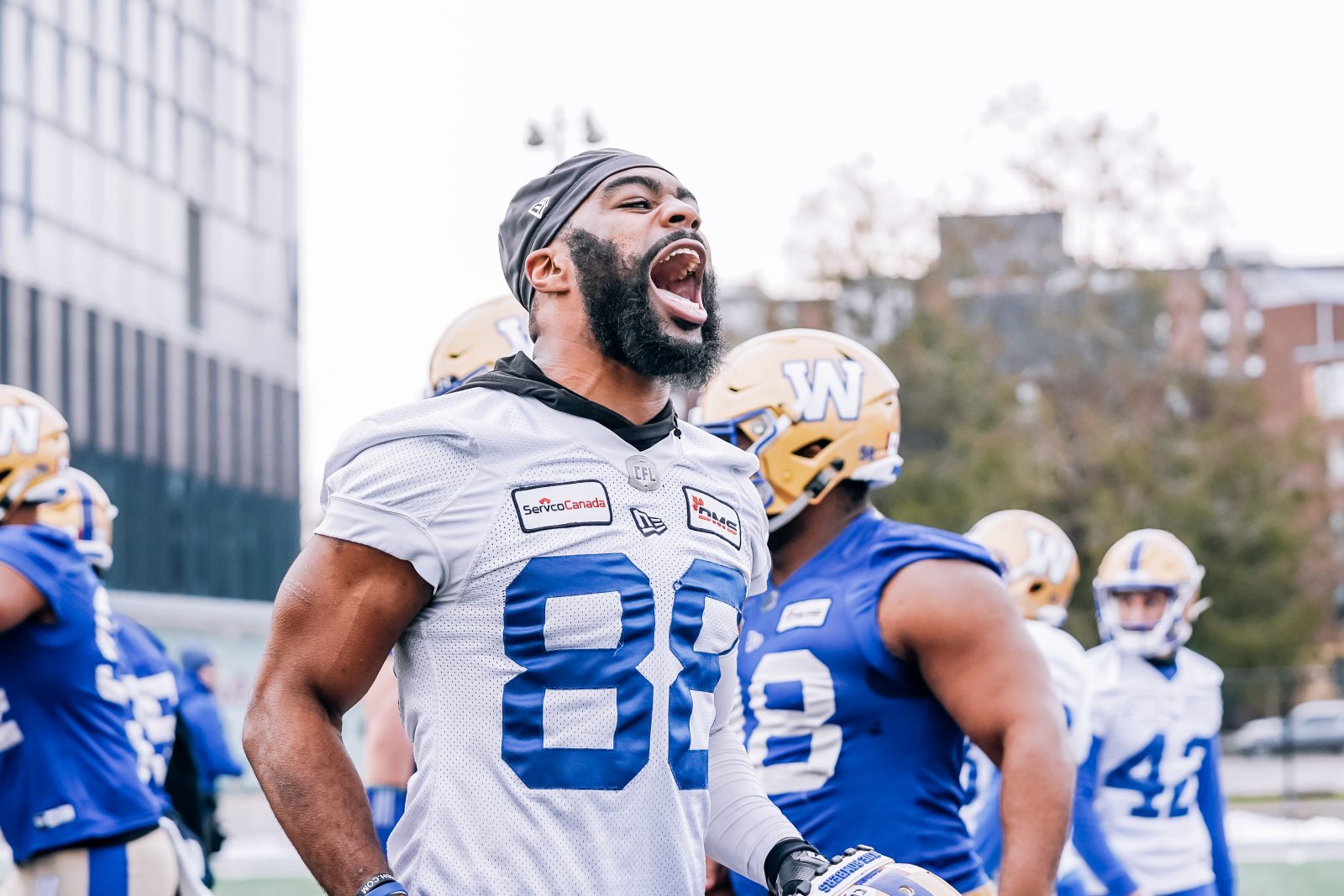 No unit in Sunday’s Grey Cup has left an imprint on the CFL season more than the Bombers defence – dubbed ‘The Darkside’ by linebacker Adam Bighill.

“’Darkside’? It’s a mindset I’ve had for a long time,” explained Bighill. “The Darkside is nasty, it’s doing whatever it takes to win and be more physical than your opponent. It’s a mindset that we don’t care when, where or how we play, we don’t care if we’ve got 10 people or 20 people to play the game, we’re going to play in the parking lot, we could have sneakers on or cleats on, it doesn’t matter.

“The mindset is relentless. It’s being unwilling to be beaten. It’s a mindset you can’t be stopped. The guys on defence have embraced it, they really feel it and identify with it. It’s not false bravado or saying we’re going to go out and dominate every opponent. It’s saying, ‘This is what we’re working to do every day.’ We’ve earned that mindset through hard work all year long. It’s the creation of an identity that we’ve been working on all year long. That’s the key.” 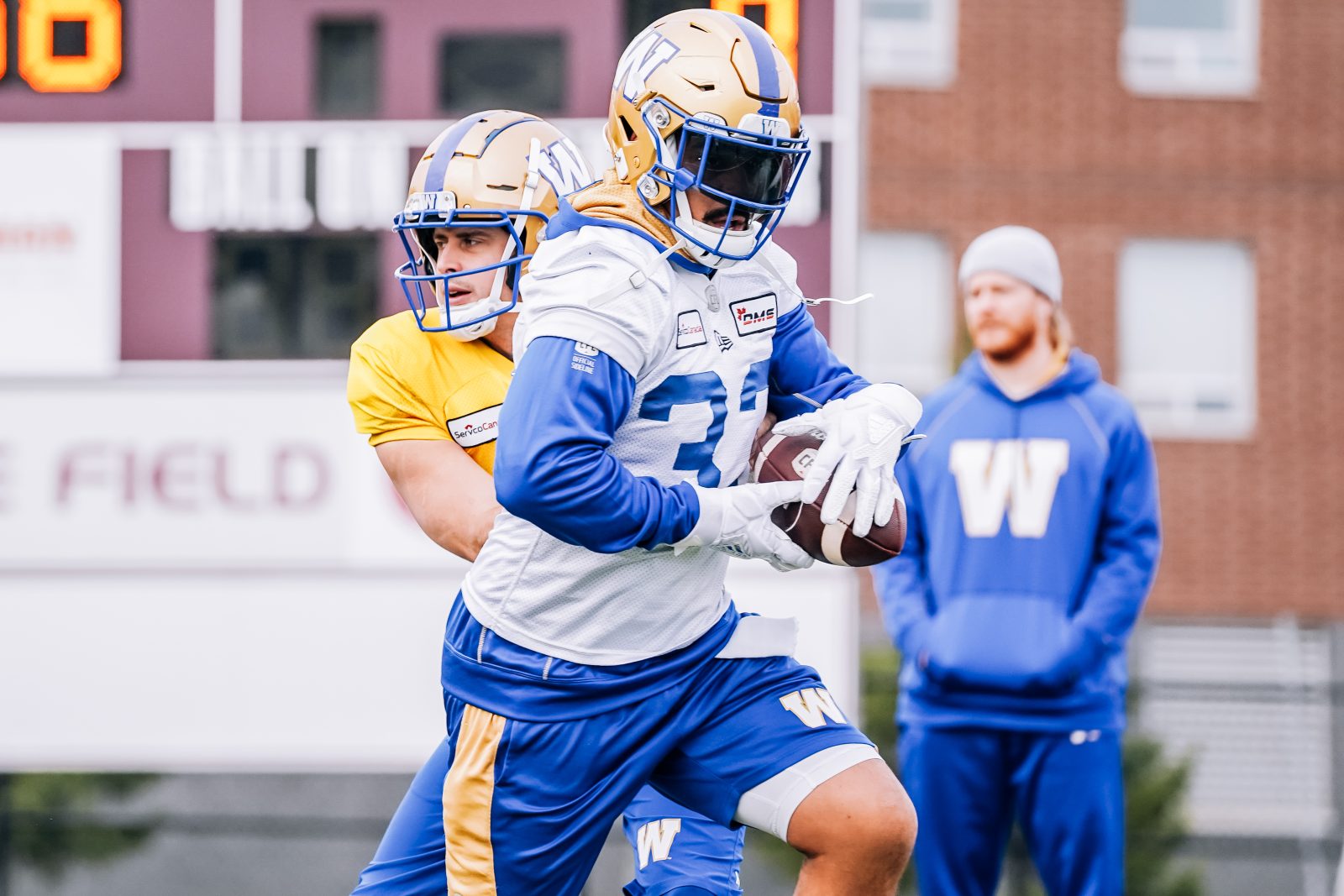 3. ANOTHER PLAYOFF MASTERPIECE FROM MR. NOVEMBER/DECEMBER?

Some players are just built for the grandest stage and Bombers running back Andrew Harris has already carved out a place as one of the CFL’s greatest big-game performers.

We brought this up earlier, but it bears repeating: Sunday will be the third Grey Cup Harris has played in his career, having previously won in 2011 while with the B.C. Lions and then in 2019 with his hometown club. In those two previous games he has rushed 28 times for 201 yards – a 7.2-yard average – and two TDs while pulling in six passes for 41 yards and another score.

“I like the opportunity to play in big games and make big plays,” Harris said this week. “It’s my focus and that internal fire in my belly that gets a little hotter and burns a little brighter. Our team, preparation-wise, whenever they are in tough games or games are on the line and it’s win or go home the team and the coaching staff around me all has that same attitude.

“It’s the biggest game of the year and I’m excited for it. I’m excited to get out there with my teammates. I’m excited to represent my city, not only just for the team I play for, but for the province I’m from, the city I’m from. That’s exciting for me.”