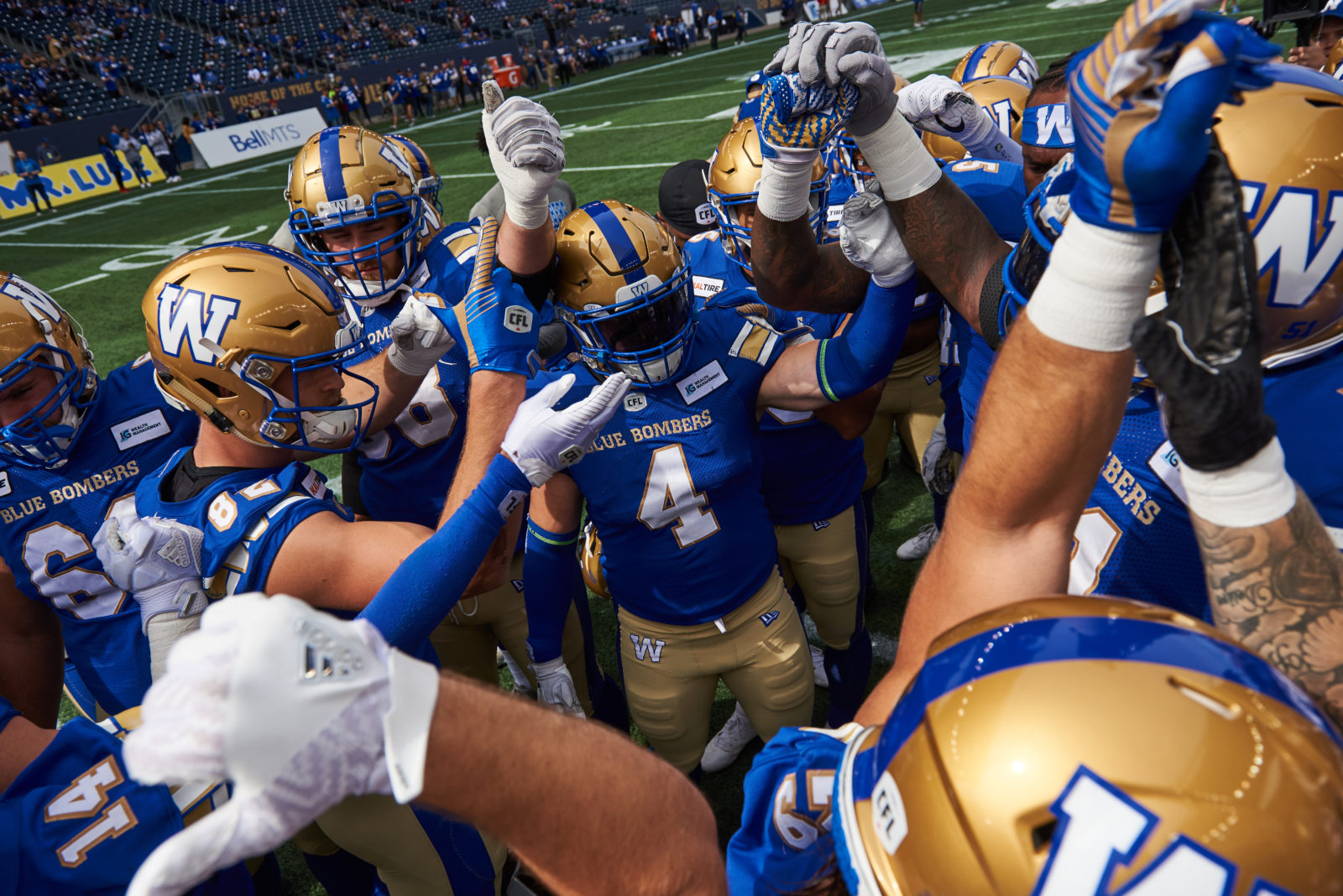 The voting for this round was conducted by voting members of The Football Reporters of Canada and head coaches in the West Division. The 2021 CFL All-Star Team will be announced in late December.

Zach Collaros earned divisional all-star honours for the first time in his career. Collaros was named the Blue Bombers Most Outstanding Player this season after finishing first in the CFL in passing touchdowns with 20 and with a quarterback efficiency rating of 111.0, while his 3,185 passing yards ranked second. Most importantly, the club’s record was 11-2 in games Collaros started this season and he is now 15-2 overall in starts for the Bombers dating back to his arrival in 2019 at the trade deadline and including the 2019 Grey Cup victory.

Kenny Lawler has been named to an all-star team for the first time. He finished his second season with the Blue Bombers with 64 receptions for a CFL-best 1,014 yards and six touchdowns in 13 games. Lawler also became the first Winnipeg receiver to lead the CFL in yardage since Milt Stegall in 2002.

Nic Demski has also been named to an all-star team for the first time in his career. The Winnipeg product posted solid numbers in 2021, pulling in 48 passes for a career-best 654 yards and four touchdowns while also rushing 13 times for 87 yards and another score. Demski was also named the Blue Bombers Most Outstanding Canadian Player.

Stanley Bryant, a two-time CFL Most Outstanding Offensive Lineman and the Blue Bombers nominee again this season, has earned his sixth divisional all-star award after also being selected in 2013-14 and 2017-19. The 35-year-old vet continues to anchor the left side of the offensive line as part of an offence that led the CFL in scoring.

Jermarcus Hardrick has been named a divisional all-star for the second time in his career after previously being selected in 2017. Hardrick is now in his fourth season with the Blue Bombers and remains one of the club’s vocal leaders.

Pat Neufeld has earned his first divisional all-star berth in his 10th CFL season, the last seven with the Blue Bombers. Neufeld’s versatility was critical this season as he made starts at both right guard and right tackle as part of an offensive line that allowed the fewest sacks in the league and finished first in points scored and second in rushing.

Drew Desjarlais has been named to the divisional all-star team in just his second year as a pro. A 2019 first-round draft pick by the Blue Bombers, Desjarlais has started 24 games in two years including all 14 this season and lined up at left guard on a line that surrendered the fewest sacks in the CFL while finishing first in scoring and second in yards rushing.

Adam Bighill, the Blue Bombers Most Outstanding Defensive Player, has been named to the West Division All-Star Team for the seventh time in his career (also: 2012-16, 2018). The veteran middle linebacker played in all 14 games for the Bombers this season and led the club with 70 tackles, adding two quarterback sacks, two forced fumbles, two interceptions and a fumble recovery for a touchdown.

Jackson Jeffcoat has been named to a division all-star team for the first time in his CFL career after leading the league with four forced fumbles, pacing the Blue Bombers with nine quarterback sacks and adding 26 defensive tackles, all as part of the league’s most dominant defence.

Willie Jefferson has earned a spot on the West Division All-Star team for the fourth consecutive season after previously being named from 2017-19. Jefferson continues to be a force on defence with seven sacks, 18 tackles, two interceptions – including one for a touchdown – and three forced fumbles.

Brandon Alexander had an exceptional 2021 season in being named to the West Division All-Star Team for the first time in his career. Alexander played an important leadership role in the revamped Winnipeg secondary, finishing with 36 tackles, two interceptions and a forced fumble while also chipping in with eight special-teams tackles as part of a defence that allowed a league-low 12.9 points per game.

Alden Darby was acquired by the Blue Bombers during training camp in a trade with the Toronto Argonauts on July 19, 2021. He dressed for 11 games for the club in 2021 at the dime spot and finished with 34 tackles as part of the Bombers’ sturdy defence.

DeAundre Alford had a superb first season with the Blue Bombers and now has not only been named the club’s Most Outstanding Rookie, but has also landed a spot on the divisional all-star team. Alford led the Bombers with four interceptions – tied for second-most in the CFL – including one for a touchdown, while adding 48 tackles, second only to Bighill on the club. Alford started all 14 games for the Bombers, lining up at both cornerback positions.

Deatrick Nichols made an immediate impact with the Blue Bombers in his first year in the CFL and in so doing, has earned his first berth on the divisional all-star team. Nichols had 46 tackles, three interceptions, one quarterback sack and a forced fumble in 12 games for the Bombers, seamlessly making the transition from the American game to the difficult defensive halfback spot in the CFL.

Mike Miller led the CFL in special teams tackles for the third straight season and fourth time in his career. His 25 tackles were the second-most in his career and came in the abridged 14-game regular season. Miller was also selected as the Blue Bombers Most Outstanding Special Teams Player for the second straight season.